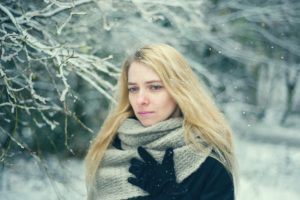 Loneliness is a deeply human and universal experience. Lisa, Joseph and Deb examine it from multiple perspectives: as it may be experienced in young adulthood versus older years; as reflective of the need for attachment and relational security; as comparable to the alchemical metaphors of calcinatio and solutio; as a call to activation in outer and inner worlds; and as a psychologically toxic phenomenon.

Here’s the dream we discuss:

I dreamt I was haphazardly packing up my family’s things after a stay at a friend’s house. In the bathroom I find I have my period and have bled through all my cloth pads. My underwear in soaked and bright red. I am overwhelmed by the color and amount of blood. Could I use their washing machine, I wonder? After some thought I decide to make a pad with toilet paper. Then I head upstairs looking for my husband and kids.

Going up I remember that we considered buying this house once but decided it was too big and needed too much work. It’s beautiful now. I go upstairs to the attic. There are deep rich rugs and walls in browns and reds, quiet tables and chairs. It feels good. High ceilings, 30 feet, but the space is still warm and encompassing. My family is here. I see the kids’ bunk bed to the left. In front of me is a huge window with a view of an enormous maple tree in full red color. It is astonishing, such beauty, leaves rustling. Talking with my husband I recall how when we last saw this place it was derelict, holes in the roof, floor boards missing, pipes exposed. A real mess. The transformation is incredible. I think of the work and expense it was to bring those windows up! I love this place.

To the left there is another huge window split in three sections and shows a long view across plains to distant mountains. We are shockingly high. The view is beautiful but suddenly I fee dizzy. I am afraid of heights and need to sit down. My son is fooling around near the windows. I tell myself he’s fine but I am still afraid. Are the windows sound? I tell myself he’ll be fine, my husband is with him, but can’t tolerate the feeling. I head for the stairs down.