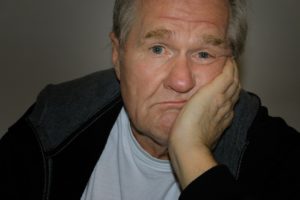 Boredom is not depression or dissociation, sadness or loneliness…but what is it? We consider boredom from various perspectives: lack of access to one’s inner world, a relational deficit, a defense against unwanted feelings, a byproduct of reliance on technology to command attention, and lack of access to enlivening transpersonal energies. We surmise that the antidote to boredom lies in the ability to pay attention, as this can generate connection and meaning.

Here’s the dream we discuss:

“I had a rather strange dream the other night where I was on a bridge. A very long bridge and on this bridge were statues of people. They were all in different positions but seemed like they were marching but frozen in place. When I intensely looked at one of them it started to move and break open free. I think I did the same thing to other statues and they moved. The next part of the dream I was at the beginning of the bridge and I saw that tall giant woman. It was an uncle’s wife, she is a doctor, very beautiful, and she looked like a queen or had that feeling of wearing a crown. Very regal. And she talked down to me giving me advice that I can’t remember. The next part of the dream she was wearing alluring black top and shorts.”