Episode 21 – Living with a Crazy Parent 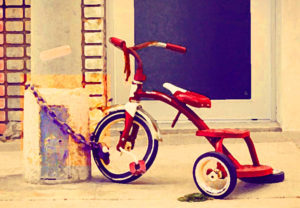 Living with a parent who is seriously impaired can be traumatic and have lasting consequences. Fortunately, resources for healing and resilience are also available, and premature encounters with shadow can be a call to consciousness and yield gifts of effective and creative depth.

In the episode, we mention the book The Inner World of Trauma: Archetypal Defenses of the Personal Spirit by Donald Kalsched.

Here’s the dream we analyze: “My bandmate and I are in an underground burial chamber which is dimly lit by torches. At some point, we come across a large tomb/coffin. The coffin was black and was decorated with a golden “stick figure” men with very large, erect penises. They looked a lot like prehistoric cave drawings of people. There was a smaller coffin inserted into the top of the larger, which could be removed and slid back. My bandmate removes the smaller coffin and opens the lid; inside is the rotting, decaying body of an infant girl. It’s at this point in the dream I remember feeling particularly unsettled. At that point, both of us knew we were supposed to be the two-wheeling this coffin out of wherever we were. We were supposed to be the funerary procession.”

Photo by Florian Klauer on Unsplash